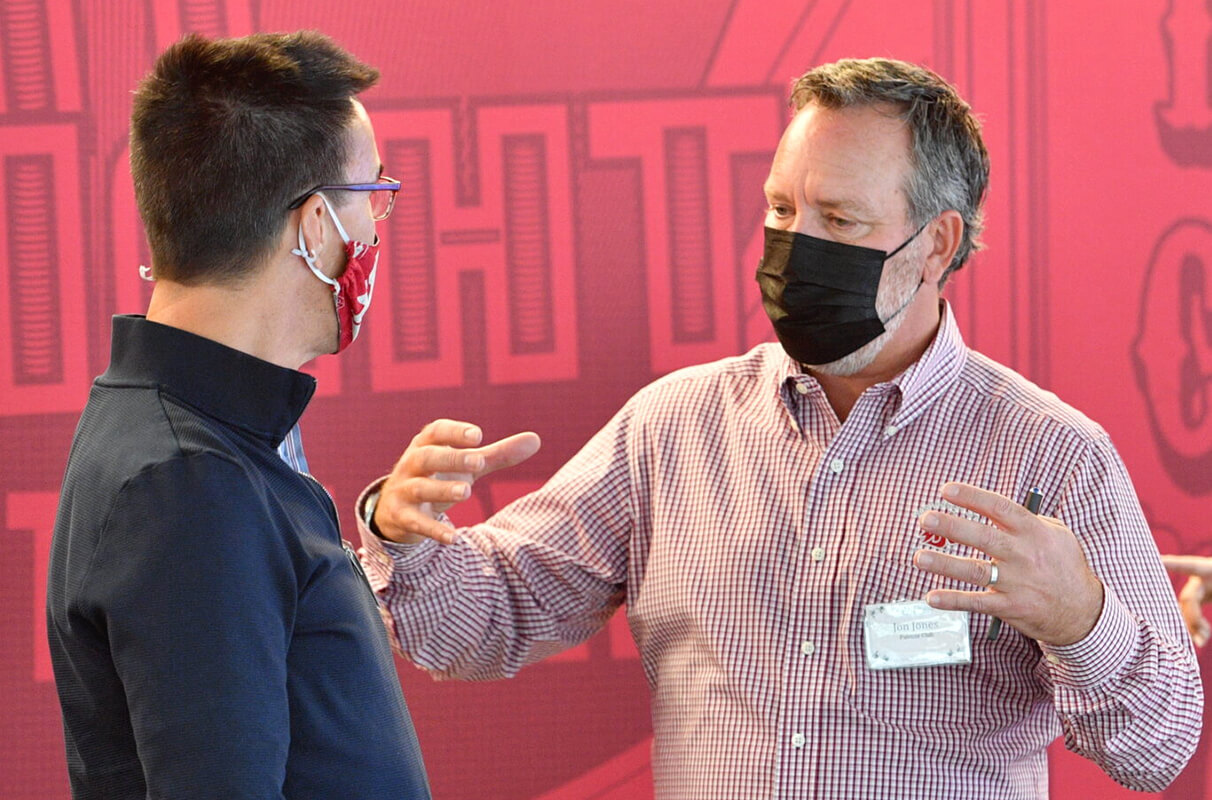 From upcycling agricultural waste to cancer research in Tasmanian devils, six projects proposed by Washington State University researchers received $125,000 in funding during the second round of Cougar Cage.

A mix of students and professors pitched their projects to the Palouse Club, a group of philanthropists and investors from the Puget Sound area, on Oct. 15 at the Compton Union Building. Launched last January, Cougar Cage matches private donors with projects pitched by WSU faculty, staff, and students.

Winners from the first event, which was held over Zoom, met with Palouse Club members at a luncheon at the CUB prior to the second event.

The funding program supports WSU’s goal to become one of the top 25 public research universities in the nation by 2030.

Descriptions of the six projects that received funding during the second round of Cougar Cage are listed below.

Through a partnership with the Digital Technology and Culture Program at WSU and SP3NW, a start-up hub that helps launch life science companies at all WSU campuses, the Design for Impact internship program would pair student groups with entrepreneurs to create scientific visualizations that help startups pitch projects and market to consumers. Kim Christen, director of the DTC program, says the ability to visualize potential technologies improves the likelihood of investments, which are critical for startups.

Not only is salting roads costly, it can also contaminate drinking water. That’s why Xianming Shi, director of the National Center for Transportation Infrastructure Durability & Life-Extension at WSU, wants to develop sustainable roadway anti-icer from agricultural waste like sugarbeet leaves and pressed cider apples.

Nestor Perez-Arancibia imagines a world where tiny, insect-like robots can help humans in a variety of tasks, from searching buildings after a collapse to assisting doctors in complex surgeries. Perez-Arancibia will work to reduce the size of a microrobot by creating a hybrid battery that uses both electricity and liquid fuel. He plans to develop a swarm of the robotic insects, with 50 of them able to crawl and the other 50 able to fly.

Architecture for the future

Vahid Vahdat, a professor of design and construction, wants to use funding from Cougar Cage to equip the Trimble Technology Lab with robotic additive manufacturing to allow his students to research and experiment with advanced 3D printing. As artificial intelligence and automation replace more jobs in architecture, Vahdat wants his students to be prepared to enter a workforce focused on safe and sustainable ways to build.

By using CRISPR and other gene editing technologies, Andrew Storfer wants to manipulate genes to curb tumor growth. He’s studied transmissible cancer in Tasmanian devils and found that tumors grew slower in cell culture where a single gene was enhanced. With funding from Cougar Cage, Storfer can conduct more research on the devils to develop a potential treatment for prostate cancer in humans.

Despite significant advancement in robotic technology and the perks of human-robot collaboration, people are still apprehensive about them. Ming Luo, Flaherty Assistant Professor in the School of Mechanical and Materials Engineering, wants to know if softening robots will make them more acceptable. Ming plans to coat robots with soft materials and then measure anxiety, perceived risk levels, and general attitudes of humans toward them to see if they improve.